The sustainability of the operation is a central aspect of São Carlos’ business model, both for its responsibility in preserving the environment and for the financial impact on its results. Investments in the modernization of infrastructure and in the implantation of sustainable technologies, as well as the adoption of best practices in the management of the operation of the properties are constant actions of São Carlos, in order to create value for its investors, customers, employees and the community.

We seek to understand and implement infrastructure and technology projects capable of increasing the value of properties and improving operational efficiency.

We prioritize initiatives that allow us to reduce operating costs and minimize impacts on the environment, using the property certification process to capture all opportunities to reduce energy and water consumption.

Our commitment to sustainability and operational excellence means that our customers can work in healthy environments and with maximum comfort.

In 2011, under the management of São Carlos, the Centro Administrativo Rio Negro, an enterprise located in the city of Barueri, was certified by the U.S. Green Building Council as LEED O + M SILVER, becoming one of the first to obtain the international sustainability seal in the region.

First venture to obtain QUALIVERDE sustainability certification, Candelária 62 is proof that a well-executed retrofit is capable to transform a historic property into a modern enterprise. Located in an area of great historical importance for Rio de Janeiro city, Candelária 62 is currently one of the most modern, efficient and sustainable developments in the city. Its energy efficiency is associated with the low consumption of the new air conditioning system, the new elevators, the windows with thermal insulation capacity and the 100% LED lighting system. 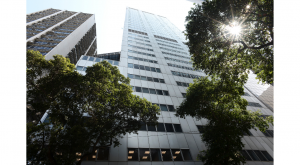 Certified for the first time in 2013, City Tower was the first multi-user corporate building in the city of Rio de Janeiro to obtain LEED O + M GOLD certification. With a green roof, a new lighting system with LED lamps and a rainwater reuse system, the City Tower building is highly efficient and has an excellent cost-benefit ratio compared to similar developments.

The Corporate Plaza Building, located in the most rapidly developing region in the city of São Paulo, Chácara Santo Antônio, south of the busy Chucri Zaidan Avenue, received its first sustainability certificate in 2014, as LEED O + M SILVER. Since then, implementing procedures that maximize its energy efficiency and that guarantee the lowest consumption of water and other inputs, has become a constant in the management of this enterprise. As a result, in October 2019, Corporate Plaza was re-certified as LEED O + M GOLD.

The Eldorado Business Tower project, built by the construction company Gafisa, in partnership with São Carlos, was the first corporate building to obtain LEED CORE & SHELL PLATINUM certification in Latin America. A pioneer in the use of technologies that increase efficiency and optimize the use of resources, such as the sectorized central air conditioning system and the modern elevator system with the capacity to regenerate the energy dissipated during braking, the Eldorado Business Tower remains, even after more than 10 years after its construction, one of the most efficient enterprises in Brazil. 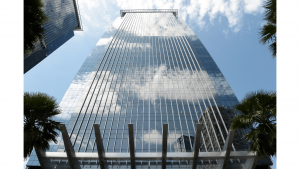 Tower A of EZ Towers is the first multi-user corporate building in Latin America to receive LEED O + M PLATINUM certification, attesting to its unique efficiency in relation to the consumption of natural resources and management of the operation. As a result, Tower A at EZ Towers not only offers one of the lowest operating costs, but also a healthy and safe environment for its occupants. In addition to this important seal, Tower A of EZ Towers also has LEED CORE & SHELL GOLD certification and the Wheel Guide Qualification Seal, which identifies and qualifies developments with a high level of accessibility.

The Jardim Europa Building, located in the noblest region of São Paulo city, was entirely modernized by São Carlos, which invested in a complete retrofit, bringing modern air conditioning and elevator systems to the project, in addition to allowing the reuse of rainwater. After completing the retrofit, the project obtained LEED CORE & SHELL GOLD certification.

The first development delivered in the port region of Rio de Janeiro, Venezuela 43 is a historic building, which was entirely revitalized by São Carlos. During its retrofit, strict pollution control, waste management and resource optimization procedures were adopted. In addition, the installation of a rainwater reuse system, bicycle rack and the adoption of systems that allow energy efficiency, led the project to achieve LEED CORE & SHELL GOLD certification.